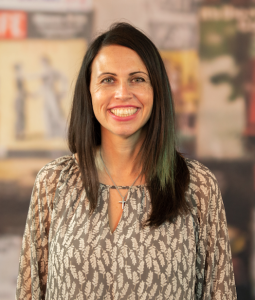 Stephanie’s love of the arts began at a very young age, where she began studying piano and dance. Stephanie competed in many local pageants as a child and was a former Miss Denver. Growing up she began studying under Dr. Gordon DeBroder where she received numerous vocal awards. She was actively involved in Community Theater in Arvada Colorado. Stephanie attended college on music scholarships and has a Master’s degree in counseling. Stephanie is a firm believer in the arts and is trained as an A+ educator which has an emphasis on the use of the arts in everyday educational practices.