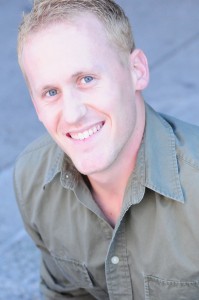 A graduate of Oklahoma City University where he earned his Bachelors degree in Dance Performance Magna Cum Laude, Jake Pfarr has toured the United States, Mexico, Canada, and Asia performing and teaching. He has been seen in numerous roles in productions across the country including Joseph & the Amazing Technicolor Dreamcoat (Joseph), The Music Man (Tommy Djilas), Cats (Mungojerrie), 7 Brides For 7 Brothers (Ephraim), Contact (Aristrocrat, u/s Michael Wiley), Meet Me In St. Louis (u/s Lon), All Shook Up (dance captain), Beauty & the Beast, White Christmas, Oklahoma!, Thoroughly Modern Millie, The Wizard of Oz, Guys & Dolls, Sweet Charity, Anything Goes, and Crazy For You to name a few.

Over the course of his career, Jake has worked with some of the best theatre companies in the nation including Paper Mill Playhouse, North Shore Music Theatre, Pittsburgh Civic Light Opera, Music Theatre Wichita, Stages St. Louis, and Alabama Shakespeare Festival. He has also toured around the world performing for Holland America Cruise Line and was also seen in Gregg Russell’s The Night Tap Made A Sound in Los Angeles.

A member of Actors’ Equity Association, Jake has had the honor of performing alongside such greats as Shirley Jones as well as sharing the stage with the likes of Stacy Keach, Sally Strothers, Robert Newman, and Tony award winner, Jarrod Emick.

In addition to teaching at Theatre Arts, Jake has served on faculty at the University of Tulsa as an adjunct professor of tap dance.  He also teaches on convention around the country with Dance League, a Desiree Robbins company.  His students have gone on to receive talent scholarships to The Julliard School, University of Arizona, Oklahoma City University, Point Park, Pittsburgh Ballet School, Sarasota Ballet, Ballet Met, the University of Oklahoma, Belmont, Texas Tech, Loyola Marymount, and the University of Central Oklahoma.  As a teacher, he is passionate about mentoring and developing future artists and helping them achieve their dreams.  Recently, Jake was a featured TEDx speaker, where he spoke on the benefits of using tap dancing as a way to help kids positively manage and navigate failure.