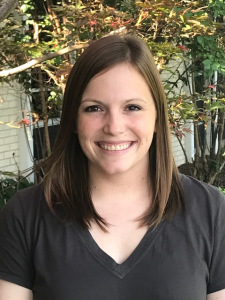 Brittany is originally from Louisiana, but calls Oklahoma home after moving to Tulsa in high school.  She has danced since the age of 3, but began her pom training in high school in the Union Pom program.  She was the co-captain of Union Varsity Pom in 2004 when the team achieved their highest placement of 4th in the nation at UDA Nationals, a prestigious honor.  After receiving her Bachelors of Science in Accounting from Oklahoma State University, Brittany returned to Tulsa and began coaching pom at her high school alma mater in 2012.  During her coaching career, her teams have achieved numerous regional titles, and 5 state championships across different grade levels including Small Varsity Pom in 2018 and 2019.  During her time coaching Varsity, the team has placed 5th, 4th, 3rd, and most recently 2nd in the nation at DTU Nationals.  She loves working with young women to achieve their highest potential on and off the dance floor, and is excited to extend her reach to the Theatre Arts family!