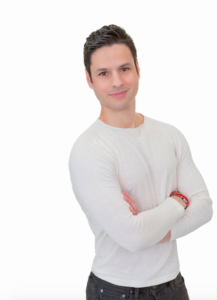 Andres is a native of Cali, Colombia and started dancing at a very young age and was performing on different genres of dance. He began his ballet training at the Instituto Colombiano de Ballet Clasico Incolballet, where he graduated as professional Classical Ballet Dancer in 2001 and danced as a Principal Dancer at the professional Colombian’s Ballet Company for four years. In 2005 he joined Ballet Gamonet in Miami, Florida as a principal dancer and he was there for four years. In 2009 Andres joined Tulsa Ballet under the direction of Marcelo Angelini and was a part of the Company for eight years.