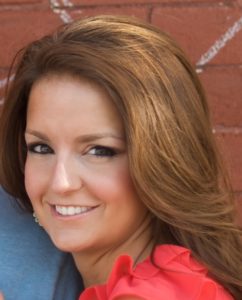 Lisa began dancing at a young age and is trained in various genres of dance.  As a member of the nationally recognized and award-winning Starfire Dance Company, she has performed and trained throughout the United States & Europe. During her years on the competition and convention circuit, Lisa won scholarships to numerous dance studios and conventions as well as the titles of Distinguished Performer for Starlight Dance Productions and the CTG Agent Award with Co. Dance.

As a choreographer, Lisa’s work has been recognized at competitions and conventions across the U.S.  She is also proud to have former students who have gone on to work professionally throughout the dance industry as well as study at Julliard, Oklahoma City University, and The University of Oklahoma.

Lisa graduated from Oklahoma State University with a degree in Political Science.  With her husband, Jason, she has two daughters, Quinnley & Pendleton and she continues to train, teach and choreograph at studios around the country.